“This was a well-organized attack on our country that was incited by Donald Trump,” Rep. Jim McGovern, D-Mass., said as he opened debate on a resolution to impeach the president. 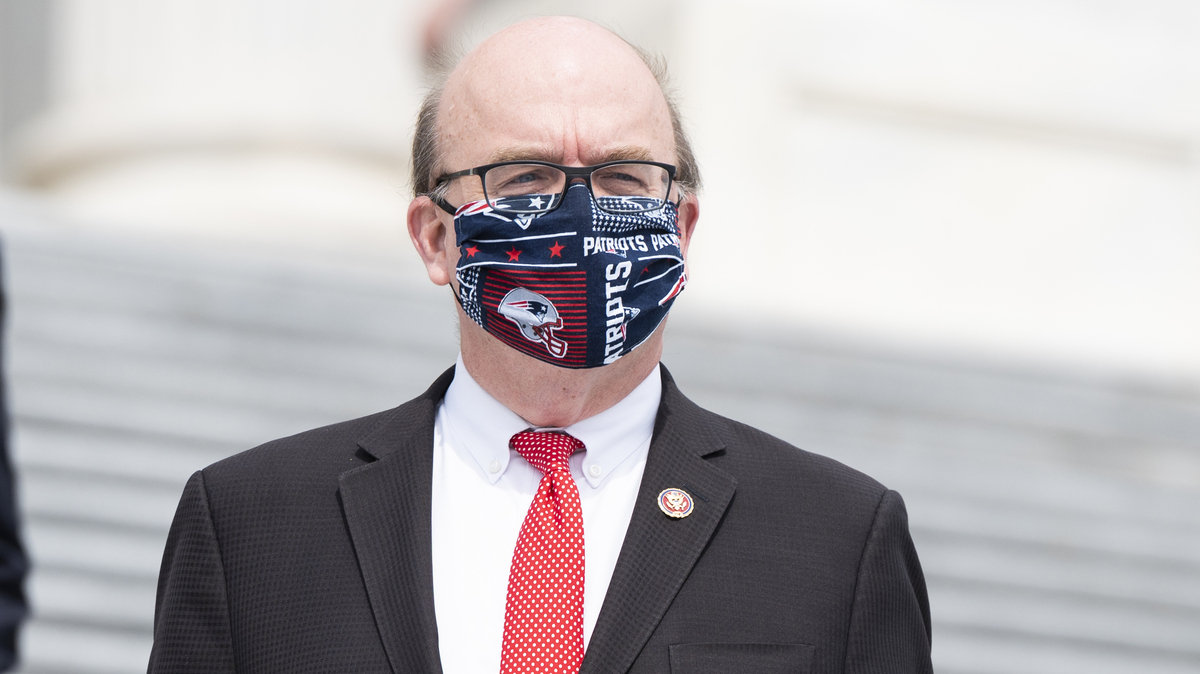 “This was a well-organized attack on our country that was incited by Donald Trump,” Rep. Jim McGovern, D-Mass., said as he opened debate on a resolution to impeach the president.

“We are debating this historic measure at an actual crime scene,” Rep. Jim McGovern, D-Mass., said Wednesday morning, discussing House Resolution 24, the measure that would impeach President Trump for the second time. He was speaking in the same chamber that was evacuated one week ago as a mob of pro-Trump extremists breached security and flooded into the halls of Congress.

McGovern, who chairs the House Rules Committee, led off debate that was to be evenly divided among Republicans and Democrats. McGovern and Republican Rep. Tom Cole, the ranking member on the Rules Committee, then spoke before parceling out time in 1- and 2-minute increments to their colleagues.

Recalling the events of last Wednesday, McGovern said Congress was disrupted as it was performing one of its core duties in service of American democracy: certifying the election.

“But at a rally just a mile and a half down Pennsylvania Avenue, Donald Trump and his allies were stoking the anger of a violent mob,” McGovern said. “A member of this very body proclaimed on that stage, ‘Today is the day American patriots start taking down names and kicking a**.’ “

McGovern then gave his account of Trump’s speech and the events that follow, saying the president incited a coup:

“Trump told the crowd, ‘We’re going to have to fight much harder. You will never take back our country with weakness.’

“Even though, according to his own administration, this election was the most secure in our history, Donald Trump repeated his big lie: that this election was an egregious assault on democracy. Vice President Pence, he said, was going to have to come through for us. Trump then told this mob to walk down to the Capitol.

“The symbol was unmistakable. These thugs should stage a coup, so Donald Trump can hang on to power, the people’s will be damned. This beacon of democracy became the site of a vicious attack.

“Rioters chanted, ‘Hang Mike Pence,’ as a noose and gallows were built a stone’s throw from the Capitol steps. Capitol Police officers were beaten and sprayed with pepper spray. Attackers hunted down lawmakers to hold them hostage, or worse. Staff barricaded doors. People sent text messages to their families to tell them they love them. They thought they were saying goodbye, Mr. Speaker.

“This was not a protest. This was an insurrection. This was a well-organized attack on our country that was incited by Donald Trump. Domestic terrorists broke into the United States Capitol that day, and it’s a miracle more people didn’t die. As my colleagues and I were being evacuated to safety. I never, ever will forget what I saw when I looked into the eyes of those attackers right in the speaker’s lobby there. I saw evil, Mr. Speaker.

“Some of my colleagues on the other side have suggested that we just move on from this horror. But to gloss over it would be an abdication of our duty. Others on the Republican side have talked about unity. But we can’t have unity without truth and without accountability, and I’m not about to be lectured by people who just voted to overturn the results of a free and fair election.”

Digitization of financial services has opened the doors...

This True Crime Series Has Unseated ‘Bridgerton’ As...

Will do whatever needed to end corruption,...

This website uses cookies to improve your experience. We will assume you are ok with this, but you can opt-out if you wish. Accept Read More